At its meeting on 31 March 2020, the Czech government approved a new form of the programme proposed by the Ministry of Labour and Social Affairs of the Czech Republic (“MoLSA”) – what compensations and how high can employers expect? And what is the procedure for applying for these compensations? These and other questions are answered in this article. 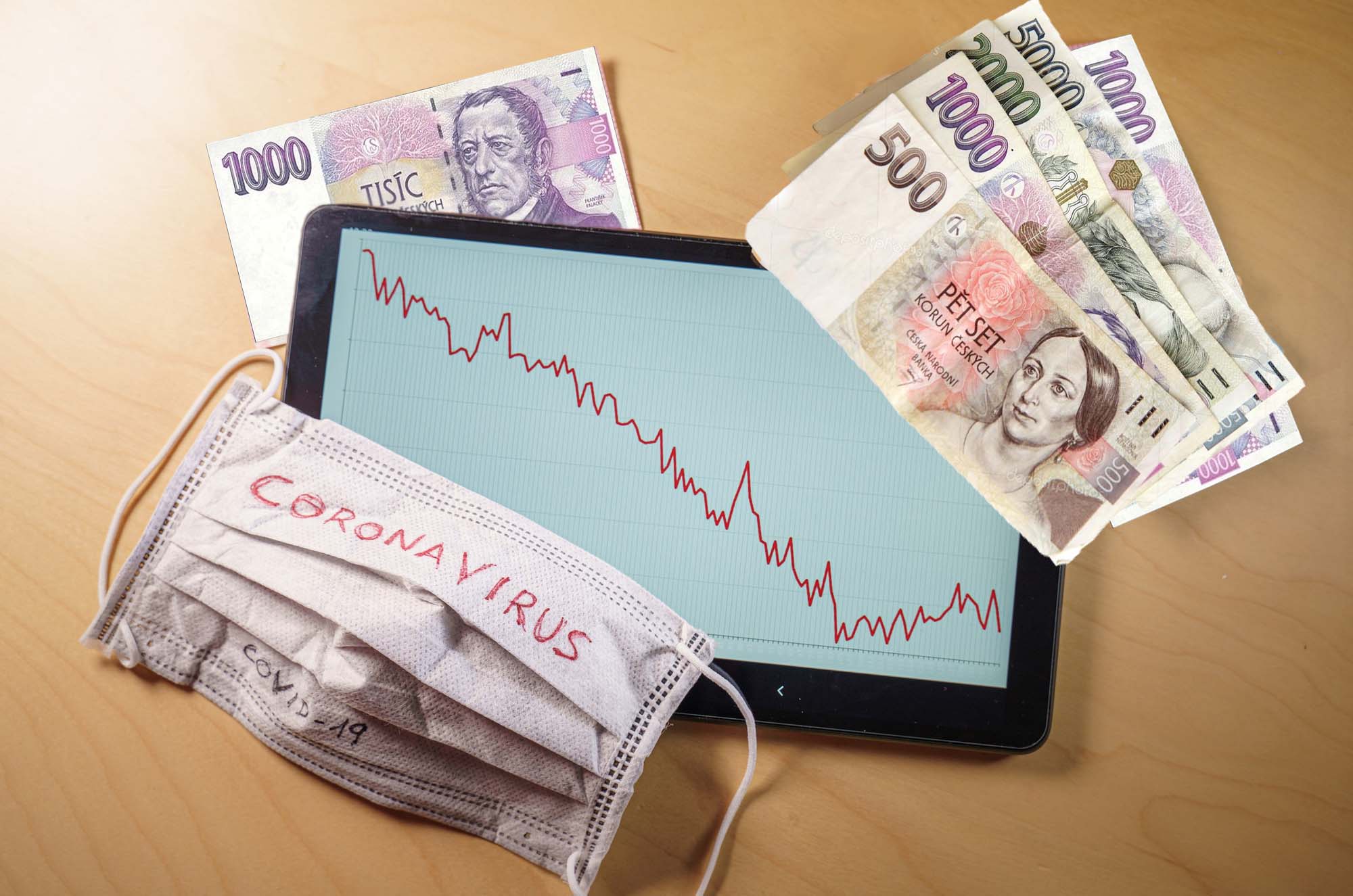 What does the programme Antivirus mean?

This programme consists of financial support for employers to prevent redundancies as a result of emergency measures in response to the coronavirus pandemic.

Put simply, this programme includes support for employers concerning various types of obstacles to work, including downtime – along with the introduction of the so-called kurzarbeit – i.e. short-time working (which, under Czech law, means a contribution provided to employers during periods of partial unemployment).

What specific measures does it bring?

At the government meeting on 31 March 2020, the following measures were approved under the targeted “Antivirus” Support Programme for March and April 2020 (in the English language version, reviewed as of 8 April 2020) – i.e. for the period from 12 March to 30 April 2020 (with the possibility of further extension, which is subject to government’s repeated approval).

A) Quarantine compensation + closure/limitation of operation

Under the “A” scheme, a measure has been approved to compensate the employer for the wage compensation incurred as a result of the

This is to compensate for cases where an employee has been quarantined, either as a precautionary emergency measure, or individually with respect to the risk / confirmed coronavirus infection (by their respective GP, or the locally competent regional public health authority) during which the employer provides the employee with wage compensation in the amount of 60% of the reduced average pay for the first 14 days of quarantine (which is also the period for which preventive quarantine is declared under the relevant government measure).

Compensation will thus be provided for the first 14 days of quarantine, since if extended, the employee is entitled to a sickness insurance benefit of 60% of the reduced daily basis of assessment from the 15th day, but which is paid by the relevant DSSA.

These are compensations intended for the so-called primary employers who were directly affected by the declaration of the state of emergency and the related government resolutions on emergency measures, or extraordinary measures declared by the Ministry of Health of the Czech Republic / regional public health authorities, which resulted in closure or limitation of operation of the employer.

But who is the primary employer? The so-called primary employers are employers operating facilities that have been closed by a government resolution (now as a result of an emergency measure by the Ministry of Health), typically hotels and other accommodation facilities (with exceptions), bars and restaurants (although allowed to deliver and sell via takeaway windows), retail and sale of services in establishments (fitness centres, sports grounds, music and social clubs, entertainment facilities, libraries, etc.), but also theatres, cinemas or operators of other art/sports and other similar events, whether public or private (where there is a limit of 30 persons, but it is irrelevant at the moment with regard to the prohibition of free movement of people).

Therefore, if a particular employer is unable to assign work to employees due to the closure/limitation of their operation (that is, there will not even be work that employees could perform outside the employer’s workplace under the home-office agreement and no agreement on vacation / unpaid leave with them, or shorter working hours or even a mix of specific instruments), then there will be other obstacles to work on the part of the employer pursuant to Section 208 of the Labour Code, for which the employee is entitled to 100% of the average pay.

However, it cannot be ruled out that the so-called primary employer would apply partial unemployment (with an employee’s wage compensation of at least 60% of the average pay) and, in such case, such employer would apply for compensation under the “B” scheme, as follows from the previously issued labour-law top ten in the fight against the coronavirus (in the Czech language).

Amount of compensation under the “A” scheme

In both of the above cases under the “A” scheme, employers will receive a contribution corresponding to 80% of wage compensations, including social security and health insurance contributions, up to a maximum of 39,000 CZK per employee per month.

ATTENTION: However, this entitlement will not be applicable to employees who, by the date of the employer’s monthly statement for the purpose of compensation from the “Antivirus” programme, will be dismissed from their employment relationship pursuant to Section 52 (a)–(f) of the Labour Code.

Under the “B” scheme, a measure has been approved to compensate employer’s costs of compensating employees’ wages due to work-related obstacles on the part of the employer due to the spread of the coronavirus infection, consisting mainly of (i) the absence of a significant proportion of employees in the workplace due to the obstacles to work on their part, (ii) downtimes or (iii) partial unemployment.

For the sake of clarity, we will summarize the application of this compensation in cases explicitly confirmed by the MoLSA as a reason for compensation more specifically below, namely:

If, due to the absence of a significant proportion of employees, the employer has no work for other employees to assign to them, this will be so-called other obstacles to work associated with the employee’s entitlement to wage compensation of 100% of the average pay.

Although the “Antivirus” programme does not explicitly regulate what is meant by a “significant” proportion of employees, in my view one can proceed (at least as a guideline) from an earlier interpretation of the MoLSA that at least 30% of employees should be absent – this condition should not be assessed for the employer as a whole, but could relate to the employer’s individual establishments (plants) or organizational units (individual cost centres).

In my opinion, the reasons of absence not currently regulated should also be possible to relate to the interpretation of the MoLSA where, according to a press release of the MoLSA, the reasons of absence may be considered justifiable in relation to quarantine or attendance allowance due to the care of a child up to 13 years of age (no age limit in case of handicapped children from the 1st degree of dependence) due to the closure of the school / school facility.
However, the question is whether these reasons will also include temporary incapacity for work, which has already been referred to in the MoLSA’s top ten in the fight against the coronavirus (in the Czech language).

If there is an interruption/limitation of the availability of supplies of raw materials, products, services or other inputs necessary for the employer’s business as a result of emergency measures (adopted not only in the Czech Republic, but also abroad), or more precisely as a result of the spread of the coronavirus infection (for example, due to ordered interruption of the supplier’s operation, insufficient supply due to the closure of national borders), these will be obstacles to work on the part of the employer.

This type of specific obstacles is referred to as downtimes during which employees are entitled to wage compensation of at least 80% of their average pay.

If there is a temporary decrease in the sale of the employer’s products / demand for the employer’s services as a result of emergency measures (adopted not only in the Czech Republic, but also abroad), or more precisely as a result of the spread of the coronavirus infection, and the employer will not be able to assign work to employees – these will be obstacles to work during which employees are entitled to wage compensation of at least 60% of their average pay.

Amount of compensation under the “B” scheme

In the cases under the “B” scheme, employers will receive a contribution corresponding to 60% of wage compensations, including social security and health insurance contributions, up to a maximum of 29,000 CZK per employee per month.

ATTENTION: However, this entitlement will not be applicable to employees who, by the date of the employer’s monthly statement for the purpose of compensation from the “Antivirus” programme, will be dismissed from their employment relationship pursuant to Section 52 (a)–(f) of the Labour Code.

What is the procedure for exercising the right to compensations?

According to the available rules of the “Antivirus” programme, the employer will be able to apply for inclusion in this programme, probably starting 6 April 2020, through a web application, which should be available at antivirus.mpsv.cz– provided that the employer will send the application by data box / signed by a recognized electronic signature to the locally relevant branch of the Labour Office (according to the employer’s registered office), which will also be accompanied by (i) a bank account document and possibly (ii) a power of attorney for representation.

After the Labour Office registers the application and carries out a formal inspection of all the requisites, it will send an approved application, which will be in the form of a concluded contribution agreement.

Subsequently, it will be necessary to send a statement of the paid wage compensations to the Labour Office, including compulsory contributions, together with a list of employees stating their national ID numbers / insured persons’ registration numbers (if there is no national ID number) – this statement will also be accompanied by affidavits concerning facts required under the “Antivirus” programme, in particular the paid wage compensations, the existence and duration of obstacles to work, and a specific government resolution / extraordinary measure on the basis of which the operation has been closed/limited (in relation to the “A” scheme).

It is also necessary to take into account that the State Labour Inspection Office will also carry out follow-up inspections, focusing on whether all obligations of the employer have been respected in connection with the granting of the contribution – again with the possibility of both imposing a sanction and returning the contribution (in relation to the specific found violation and conditions for granting the contribution).

More details on the application process and its subsequent administration, including specific documents, are available HERE.

Can further measures be expected?

According to the statement of the Minister of Industry and Trade, Mr. Havlíček, at the government press conference on 31 March 2020, we can expect the announcement of the “C” scheme, which should consist in supporting employers who still carry out their business, assign work to employees and provide them with normal wage.

Whether or not this scheme will ultimately be announced should be communicated next week, possibly with the details under which the scheme would be implemented.

We keep an eye on the updates concerning the impacts of the current coronavirus crisis on employers for you. If you want to keep track of current developments, you can follow us on our company profile on LinkedIn or subscribe to our newsletter.